January 12, 2015
I am firmly a closeted atheist.  I keep my lack of my belief to myself.  My experience with the devout has shown me that the word atheism is perceived as a challenge.  The quickest way to shut down communication is for me to say, "I'm an atheist."

So often the first question asked about atheists is our morals. Forgetting the fact that I have empathy and am smart enough to see that my actions have consequences, I was raised in the same culture as those around me.  As a child I learned the basic rules to living amongst other humans.  As an adult the law filled in any blanks.

The idea of God or a spiritual life brings me no comfort but I can regognize how these things could give comfort to others.  I consider myself religious tollerant and wish to "coexist".  Some might think my position patronizing but I'd argue that I am no more patronizing than two disparate faiths being respectful.

I'm not fighting for the rights of other atheists.  The truth is, I like our pluralistic world where differing viewpoints exist.  The one thing I can't stand about religion is indoctrination and I refuse to be a part of any atheist movement that is trying to convert the world.

I like to think of myself as a nice atheist.  The things that us humans do or don't believe give us comfort.  I don't want to ruin or change anyone's world view, as long as what they believe doesn't directly impact me.

So, to all you believers out there, I swear I'm not out to ruin your world.  I just want to be true to what's in my heart.  I think that is something we have in common, if you can see past what makes us diffrent.
atheist essay

Popular posts from this blog

April 06, 2018
I don't choose a world
of don'ts and can'ts
I live my world in try
and fail and try again
Sometimes I get success
I always get productive.
Read more 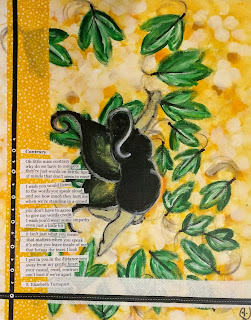 I put in you in the distance now
away from my gentle heart
your casual, cruel, contrary
can't hurt if we're apart.
Read more 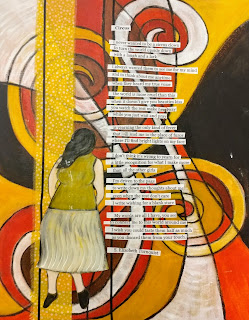 I never wanted to be a circus clown
to turn the world upside down
with a laugh and a lark
I always wanted them to see me for my mind
and to think about me anytime
when they heard my true voice
the world is more cruel than this
when it doesn't give you beauties kiss
you watch the rest make headway
while you just wait and pray
is yearning the only kind of fever
that will lead me to the place of furvor
where I'll find bright lights on my face
I don't think it's wrong to yearn for
a little recognition for what I make more
than all the other girls
I'm driven to the page
to write down my thoughts about me
even when the rest don't care I write wishing for a blank stare
My words are all I have, you see
to connect me to this world around me
I wish you could taste them half as much
as you discard them from your touch.
Read more

Elizebeth
This is me... just my words... raw and unedited... some things hidden... most things exposed.